For several statewide publications, I reported last month on the plight of the Caloosahatchee River and its befouled waters flowing from Lake Okeechobee; delivering slime to waterfront neighborhoods in Fort Myers and Cape Coral along the way to the Gulf Islands of Southwest Florida.
Next up on our Summer of Slime photo tour is a visit to Stuart and Lake Okeechobee… 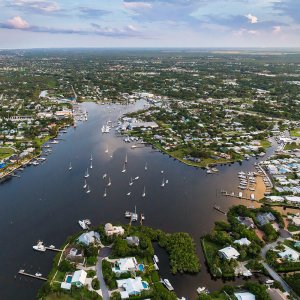 Stuart and environs is a glistening jewel born of water. It may well top the list of Florida cities in shoreline per capita. There’s simply water everywhere. Two forks of the St. Lucie River, the Indian River Lagoon, canals and peninsulas and islands, and the Atlantic Ocean beyond. 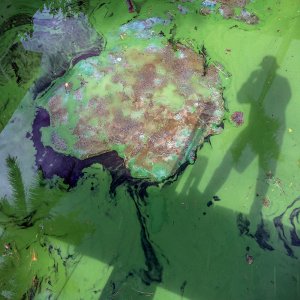 But it wasn’t Stuart’s reputation for abundant clean water that drew me south from Gainesville with my cameras. In effect, I’ve become a traveling crime scene photographer this summer—and slime is the crime. A devastating outbreak of toxic algae has once again hit the St. Lucie River and the Treasure Coast, fueled by the polluted waters of Lake Okeechobee and the Kissimmee River basin to the north. 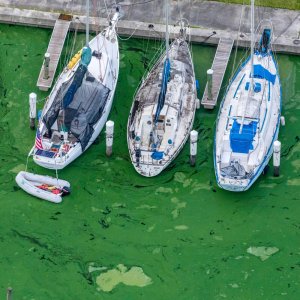 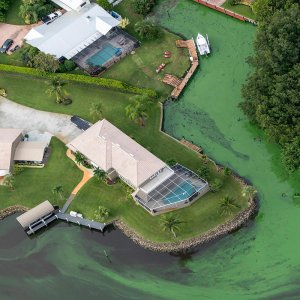 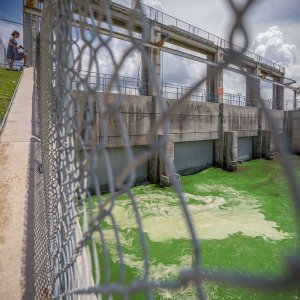 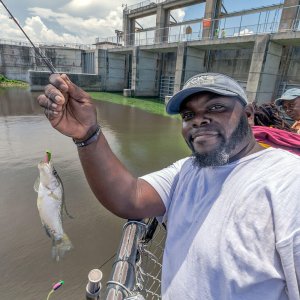 Felix Gui, Jr. caught a speckled perch for dinner. Experts have warned against eating fish exposed to the algae. A nearby Martin County Health Department sign warns against contact with the water but I saw no messaging about whether fish caught in these waters is safe to eat. 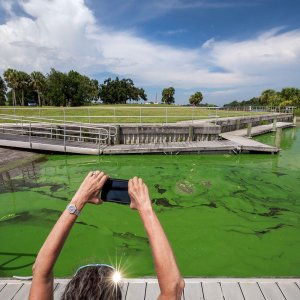 Timer Powers Park on the St. Lucie Canal in Indiantown. 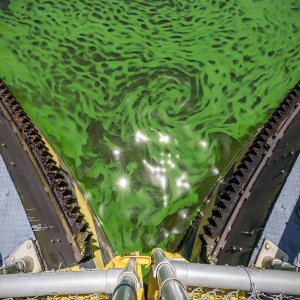 At the St. Lucie Lock, a vortex of slime—resembling a fluorescent green variant of Van Gogh’s Starry Night—waits to be flushed downstream. 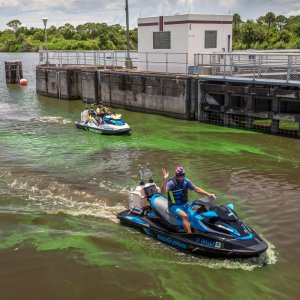 A pair of jet-skiers signaled for the lock to be opened, and another pulse of algae-laden water is released towards Stuart and the coast. 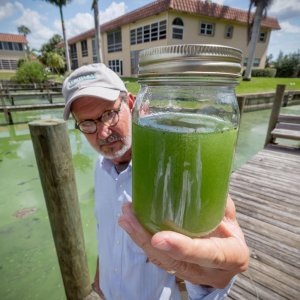 Reporter Tyler Treadway of TCPalm gathered a sample of the polluted water from a canal behind the offices of Florida Sportsman magazine in Stuart. 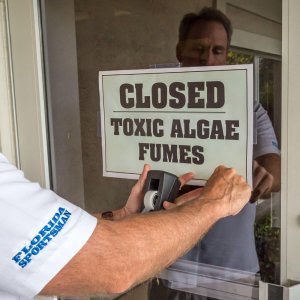 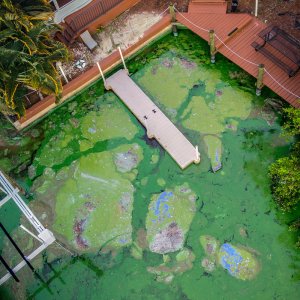 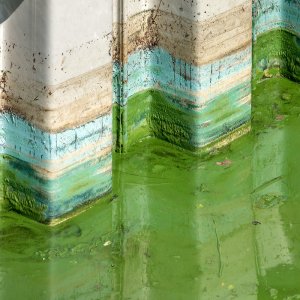 Meanwhile, we’re getting conflicting messages from officialdom. The Florida Dept. of Health website, under the heading How to Keep Your Family Safe While Enjoying Florida’s Water Ways, has this to say: “Cyanobacteria/ blue-green algae…are naturally occurring in Florida’s environment and are also found all over the world. They are part of a healthy ecosystem and help support a wide variety of aquatic life.” In other words, Lighten up, Florida. This is just nature being natural. 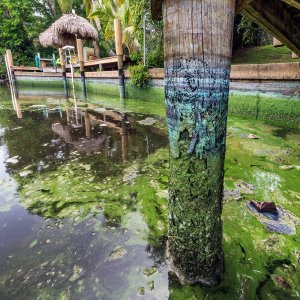 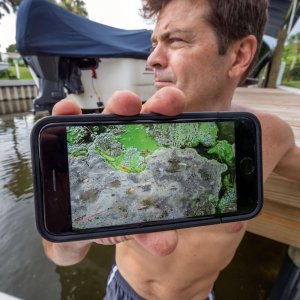 Greg Fedele has lived in his water-front home in Stuart since 1991. He grieves for his loss. “I have three kids who can’t enjoy the waterways of Martin County like I did growing up.”

John Moran/special to the Florida Phoenix

The pictures don’t lie. We the people of Florida bear witness today to nothing less than a crime against nature, and a crime against the children who shall inherit our natural legacy.
A long time ago, Florida political leaders—Republicans and Democrats in common cause—understood there can be no healthy economy without a healthy environment. They wisely enacted laws and regulatory safeguards accordingly.
But that was then and this is now. It’s time to end the popular fiction in Florida that we can plunder and pollute our way to prosperity.
Gov. Reubin Askew said it best when he declared in 1971, “Ecological destruction is nothing less than economic suicide.”
In this, our Summer of Slime, can I get an amen?

John Moran is a Gainesville-based nature photographer and water advocate who would like to get back to shooting only pretty pictures of Florida but reality keeps getting in the way.

Biden’s State of the Union address by States Newsroom Staff March 1, 2022
DeSantis pitches FL for 'Vacation To Freedom' from COVID… by Laura Cassels February 15, 2022
The Ghost of an Idea: A reflection on Charles Dickens and… by David DeWitt December 24, 2022