The panel — the powerful Senate Appropriations Committee — voted unanimously to reform criminal sentencing guidelines to accomplish that goal, with both Republicans and Democrats supportive of the measure.

The concept of diverting offenders from state prisons moves away from the so-called tough-on-crime movement that led to a disproportionate number of black males in prison, debilitation of inmates’ families, and a prison-building boom.

Decades later, what the senators are trying to do is controversial and it’s likely to hit resistance in the state House.

But the debate Thursday was thick with emotion as senators discussed drug addiction, racial bias and incarceration without rehabilitation.

Acting Chairwoman Lizbeth Benacquisto, a Lee County Republican, made an emotional speech, her voice cracking, saying her views on crime and corrections have softened over time and that her family had suffered a drug-related death.

“For those people who are in a local facility for less than 12 months, they [must] get adequate rehabilitative treatment so that when they get out, they come back with the hope for a better life and freedom from addiction,” she said.

/Eliminates minimum-mandatory sentencing for buying or possessing less than 2 grams of a controlled substance (except for fentanyl);

/Limits diversion programs to offenders who essentially are not violent, repeat offenders.

/Restores to judges the discretion to sentence offenders to diversion programs rather than prison;

/Mandates that interrogations be videotaped; 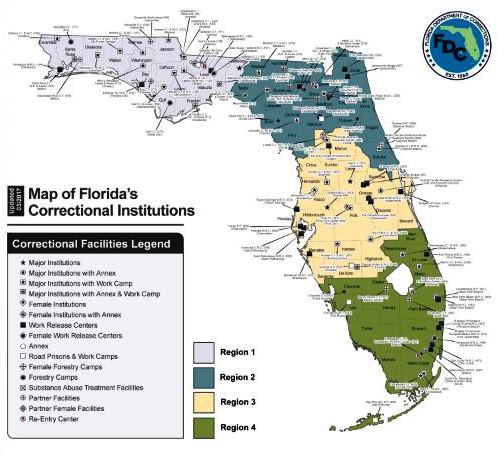 “Sentencing reform  for low-risk offenders is the right thing to do, for both human costs and fiscal costs,” Bradley told fellow senators, who voted, 19-0, for his bill after nearly two hours of intense but controlled debate. He said the package of reforms affects a small but important segment of the criminal-justice system by making sentencing  “a little more just.”

Florida is holding 96,000 inmates in state prisons. Bradley said 5 percent or fewer of those would be diverted by the proposed sentencing reforms, and that most of those will be better served in diversion programs where they would be treated for addiction.

Bradley stressed that the reforms would not ease sentencing for convictions involving fentanyl (a widely trafficked painkiller), guns, or violent or repeat offenses.

He also stressed that while the reforms would save the state (as much as $860 million over five years, by one state estimate), that is not the sponsors’ motivation.

Sen. Tom Lee, Republican representing parts of Hillsborough, Pasco and Polk counties, cautioned that lawmakers are looking for savings to convert into a tax cut.

Sen. Audrey Gibson, Senate Minority Leader from Duval County, said any savings from diverting select offenders to correction programs that cost less than incarceration should flow back into corrections programs.

The reform package incorporates bills filed by both GOP lawmakers and Democrats.

Sen. Oscar Braynon, a Democrat representing parts of Broward and Miami-Dade counties, said drug traffickers need to be locked away, but prison was never the right place for drug addicts.

“We’re finally looking at the drug crisis like … a health crisis,” he said. “We need to stop the drug trade, not ruin lives that have been caught up in something that is a sickness.”

Gary Hester, representing the Florida Police Chiefs Association, expressed support for diversion programs but opposition to expanding judicial discretion, saying prosecutors should have the upper hand. He said any reforms must “ensure we’re holding drug traffickers and dealers accountable but giving folks who are addicts a new chance.”

The package also expands eligibility for compensation for wrongful incarceration, regardless whether an wrongfully convicted person had a prior conviction, and it requires that interrogations of people in custody be electronically recorded for evidentiary purposes.

“I can’t imagine how it’s 2020 and we don’t videotape every confession. It’s shocking,” said Brandes, a Republican representing Pinellas County.