The fate of affordable health care is front and center Tuesday, as Florida and other Republican-led states are battling in court to dismantle the Affordable Care Act that has provided health insurance for millions of Americans, even as the COVID-19 pandemic was raging.

The U.S. Supreme Court will hear oral arguments in the case called California vs. Texas, where GOP plaintiffs are challenging the Affordable Care Act’s constitutionality and the individual mandate that requires people to obtain health insurance.

Florida Attorney General Ashley Moody joined the lawsuit along with a coalition of other GOP-controlled states who want to strike down Obamacare.

The stakes are high — nearly 2 million Floridians could lose their health coverage if the ACA is dismantled, according to the California-based Kaiser Family Foundation. And 21.1 million people nationwide would be uninsured, according to the Urban Institute in Washington, D.C.

According to a Kaiser report in early September, the ACA is still alive while the pivotal court case has moved though the judicial system for more than two years.

Now it’s up to the U.S. Supreme Court to decide if ACA will remain or die, with President Donald Trump and the U.S. Senate just recently installing a new justice, Amy Coney Barrett — to add to the conservative bent of the high court.

President-elect Joe Biden — who was vice president when the Obama administration signed the ACA law in 2010 — will essentially be on the sidelines for now, given that the U.S. Supreme Court is hearing arguments Tuesday.

The recent Kaiser report said: “If all or most of the law ultimately is struck down, it will have complex and far-reaching consequences for the nation’s health care system, affecting nearly everyone in some way,” Kaiser wrote.

“A host of ACA provisions could be eliminated, including protections for people with pre-existing conditions, subsidies to make individual health insurance more affordable, expanded eligibility for Medicaid, coverage of young adults up to age 26 under their parents’ insurance policies, coverage of preventive care with no patient cost-sharing, closing of the doughnut hole under Medicare’s drug benefit, and a series of tax increases to fund these initiatives.”

It’s unclear when the court will issue a decision in the case, but the oral arguments Tuesday will give an indication of “where the court will be heading,” said Anne Swerlick, senior policy analyst at the Florida Policy Institute.

Legal scholars have said the “legal claims are without merit,” she added.

“I have heard some experts say that they think a decision is likely next spring. The actual oral arguments have time limits. We won’t know anything on Nov. 10,” Swerlick said in a phone conversation with the Florida Phoenix.

“We know that before ACA, Florida had millions of residents that had preexisting conditions that couldn’t get coverage,” Swerlick said. “The ramification of this law being overturned in Florida is alarming.”

The high court has set aside one hour and 20 minutes for the oral arguments, with each side getting 40 minutes.

The Florida Health Justice Project and the Florida Policy Institute were among more than a dozen organizations in Florida listed on a letter to Attorney General Moody, requesting that Florida withdraw as a plaintiff in the Obamacare lawsuit.

“We have not gotten any formal response to our letter,” said Swerlick, of the Florida Policy Institute.

Florida joined the lawsuit against Obamacare in 2018 under former Attorney General Pam Bondi. When Bondi left, Moody continued involvement in the case.

“Legal scholars, including those who had opposed the Affordable Care Act (ACA) and who supported prior ACA legal challenges, have found the arguments in this case are utterly lacking in merit. A range of experts has characterized the plaintiffs’ arguments as ‘absurd, ludicrous, flimsy and far-fetched,’” the Oct. 26 letter says.

In an email to the Phoenix, Moody’s spokesperson Lauren Schenone Cassedy said, “Our office is party to this litigation and it would not be appropriate to discuss the ongoing proceedings.”

“Attorney General Moody has consistently supported the protection of those with pre-existing conditions and has successfully advocated for the Florida Legislature to make changes to do so for all Floridians.”

But Moody’s office didn’t expound on the fate of the ACA overall.

More than 1.9 million Florida residents signed up for Obamacare during open enrollment that ended Dec. 17, 2019, according to the U.S. Centers for Medicare & Medicaid Services.

“Since its major provisions went into effect in 2014, the ACA has been key in reducing health care disparities nationwide and ensuring that Floridians have access to life-saving medications and crucial health services,” Sadaf Knight, CEO of the Florida Policy Institute, said in a written statement.

“Now would be the worst time to take that away from people. We strongly urge Attorney General Moody to withdraw Florida from this lawsuit.”

The extent to which Floridians rely on Obamacare 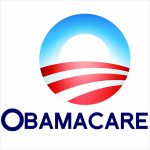 The Florida Policy Institute published a map on its website that shows the number of Obamacare enrollees in each of Florida’s 67 counties this year.

The data show that Miami-Dade had 457,666 people enrolled in the Affordable Care Act, which means they could lose their health care if the law is dismantled. The second highest number of enrollees in the state was in Broward County, with 258,954 Floridians.

“There are very high percentages of people in rural counties that are uninsured and being helped by the ACA,” Swerlick said.

Meanwhile, as court proceedings continue, the ACA is still “the law of the land,” said Louisa McQueeney, program director at Florida Voices for Health.

Florida Voices for Health is a nonprofit coalition advocating for a better health care system in Florida.

“It’s open enrollment and people should sign up for it for next year. I would recommend everyone see what their health insurance options are for next year,” she said in a phone conversation with the Phoenix.

McQueeney also said that “oral arguments might give us a little indication of where the court wants to go [regarding the Obamacare lawsuit].”

“Everyone needs health care at some point in their lives, it’s unfortunate that we can’t come together as a community.”