The Phoenix is a nonprofit news site that’s free of advertising and free to readers. We cover state government and politics with a staff of five journalists located at the Florida Press Center in downtown Tallahassee. We have a mix of in-depth stories, briefs, and social media updates on the latest events, editorial cartoons, and progressive commentary.

Reporters in many now-shrunken capital bureaus have to spend most of their time these days chasing around after more and more outrageous political behavior, and too many don’t have time to lift up emerging innovative ideas or report on the people who are trying to help solve problems and shift policy for a more compassionate world. The Florida Phoenix does those stories.

The Phoenix is part of States Newsroom, a national 501(c)(3) nonprofit supported by grants and a coalition of donors and readers.

Need to get in touch?

Have a news tip? 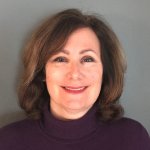 Diane Rado has covered state and local government and public schools in six states over some 30 years, focusing on policy and investigative stories as well as legislative and political reporting. She spent most of her career at the St. Petersburg (Tampa Bay) Times and the Chicago Tribune. She has a master’s degree in journalism from Northwestern University and did a fellowship in education reform at the University of Michigan in 1999-2000. She is married to a journalist and has three adult children. 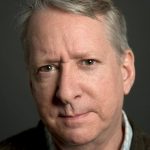 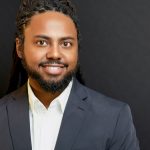 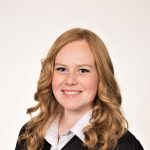 Danielle J. Brown is a 2018 graduate of Florida State University, majoring in English with a focus in editing, writing, and media. While at FSU, she served as an editorial intern for International Program’s annual magazine, Nomadic Noles. Last fall, she fulfilled another editorial internship with Rowland Publishing, where she wrote for the Tallahassee Magazine, Emerald Coast Magazine, and 850 Business Magazine. She was born and raised in Tallahassee and reviews community theater productions for the Tallahassee Democrat. She spends her downtime traveling to all corners of Florida and beyond to practice lindy hop. 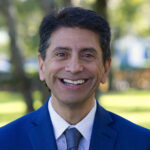 Mitch Perry is a St. Petersburg-based journalist. He’s worked in TV, radio, print and online journalism, and brings more than two decades of experience covering politics and government in Florida. A San Francisco native, he began his reporting career as a reporter-anchor at KPFA Radio in Berkeley. He was most recently the politics reporter at Spectrum Bay News 9 in the Tampa Bay area. He’s also worked at Florida Politics, Creative Loafing and WMNF Radio in Tampa.

Diane Roberts is an 8th-generation Floridian, born and bred in Tallahassee, which probably explains her unhealthy fascination with Florida politics. Educated at Florida State University and Oxford University in England, she has been writing for newspapers since 1983, when she began producing columns on the legislature for the Florida Flambeau. Her work has appeared in the New York Times, the Times of London, the Guardian, the Washington Post, the Oxford American, and Flamingo. She has been a member of the Editorial Board of the St. Petersburg Times–back when that was the Tampa Bay Times’s name–and a long-time columnist for the paper in both its iterations. She was a commentator on NPR for 22 years and continues to contribute radio essays and opinion pieces to the BBC. Roberts is also the author of four books, most recently Dream State, an historical memoir of her Florida family, and Tribal: College Football and the Secret Heart of America. She lives in Tallahassee, except for the times she runs off to Great Britain, desperate for a different government to satirize. 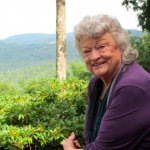 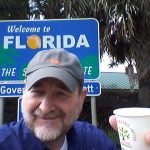 Craig Pittman is a native Floridian. In 30 years at the Tampa Bay Times, he won numerous state and national awards for his environmental reporting. He is the author of five books, including the New York Times bestseller Oh, Florida! How America's Weirdest State Influences the Rest of the Country, which won a gold medal from the Florida Book Awards. His latest, published in January, is Cat Tale: The Wild, Weird Battle to Save the Florida Panther. The Florida Heritage Book Festival recently named him a Florida Literary Legend. He lives in St. Petersburg with his wife and children.