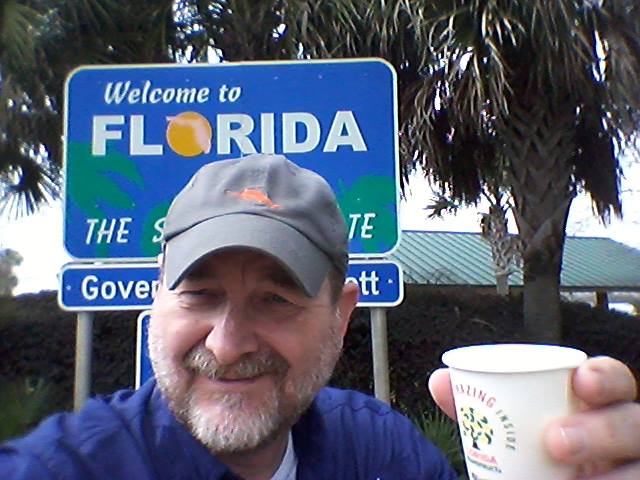 Craig Pittman is a native Floridian. In 30 years at the Tampa Bay Times, he won numerous state and national awards for his environmental reporting. He is the author of six books, including the New York Times bestseller Oh, Florida! How America's Weirdest State Influences the Rest of the Country, which won a gold medal from the Florida Book Awards. His latest, published in 2021, is The State You're In: Florida Men, Florida Women, and Other Wildlife. In 2020 the Florida Heritage Book Festival named him a Florida Literary Legend. Craig is co-host of the "Welcome to Florida" podcast. He lives in St. Petersburg with his wife and children.

Florida has lots of communities with a history that is — oh, what’s a good word? Let’s say “unusual.” Sweetwater, for instance, was founded by a troupe of Russian circus midgets whose bus broke down. Sanibel’s drive to incorporate as a city was led by a trio of retired CIA agents, one of whom became […]

Do you have a Florida bucket list? I do, and every new year is a chance to check my progress. I crossed another item off it the other day when I stopped in at Ellie Schiller Homosassa Springs Wildlife State Park. I was there to see Lucifer. The 210-acre state park in Citrus County features […]

A lot of families this time of year deploy an Elf on a Shelf doll to (supposedly) keep an eye on their kids’ behavior. Better shape up or that weird doll will report you to the Big Guy! We never did the Elf thing, which seemed a little creepy. Instead, when our kids were little, […]

Boy howdy, I sure love laughing along with a good comedy. The best ones aren’t merely machines for delivering joke after joke. From “The Andy Griffith Show” to “Barney Miller” to “Bob’s Burgers” and “Schitt’s Creek,” the best ones exploit the foibles of their characters to produce hilarious situations. I particularly enjoy the shows where […]

Do you like the neighborhood where you live? I sure like mine. My wife and I bought a 1926 Craftsman fixer-upper in St. Petersburg back in the mid-1990s, and we’ve been here ever since. We love the brick streets, the shady oaks, and the down-the-block proximity of a waterfront park. Our neighbors are pretty cool, […]

The first time I met Martine de Wit, she was dressed in scrubs, ready to step into a laboratory containing eight dead manatees. Her job, and that of the dozen people assisting her in this St. Petersburg lab behind Eckerd College, was to find out what killed them — sort of a “CSI: Sea Cow,” […]

A few things we Floridians can be thankful for

Thanksgiving is always a special holiday for us Floridians. In fact, historians say the first Thanksgiving actually occurred here. That whole Pilgrim story you know from school plays, TV shows, and Publix salt-and-pepper shakers? Those guys were Johnny-come-latelies. More than 50 years before the Pilgrims landed on Plymouth Rock, about 800 Spanish settlers led by […]

Last month, because of Halloween, TV was full of horror movies, including one cleverly titled “Halloween.” That one, released in 1978, featured a frightened young woman, played by scream queen Jamie Lee Curtis, fleeing a masked and murderous psycho named Michael Myers, whose dialogue consisted of him breathing very loudly. At the film’s climax — […]

Are you having trouble getting to sleep after this weekend’s time change? Some people do. Switching from Daylight Saving Time to Back On The Regular Time can be a tough thing for your body to handle. Fortunately, I have a special word that is guaranteed to make your eyelids flutter and close. Want to hear […]

Florida’s awful Bert Harris Act is for the birds

There is nothing our Florida legislators enjoy better than picking state symbols. They have given us a bunch, from the official state sand (Myakka fine) to the official state play (“Cross and Sword,” last performed in St. Augustine in 1997). Sometimes their choices have resulted in rhubarbs. They fought over which pie to pick (Key […]

One of the dumbest things I ever did was skip the chance to learn Spanish. While most of my high school classmates were busy habla-ing their Espanol — which turns out to be pretty handy here in Florida — I was bungling my way through German like a dummkopf. I took German because I was […]

I grew up playing on the beaches near Pensacola — splashing in the surf, collecting shells, building sandcastles. To me, those shimmering white dunes and bobbing sea oats are more of a signifier of Florida-ness than all the citrus boxes, seafood platters, and theme parks put together. Even the serendipity of Florida beaches tickles my […]