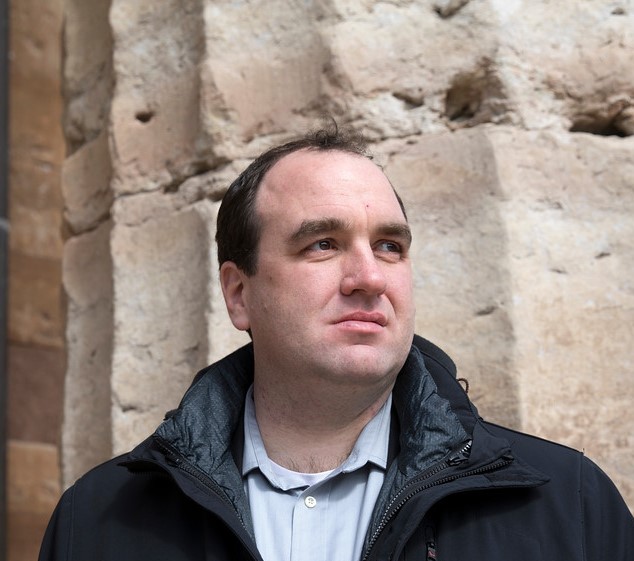 WASHINGTON—This year’s round of redistricting is already crumbling into partisanship and court challenges in multiple states, even as voters pay more attention than ever to new political maps that will shape elections for a decade. Hopes were high initially. Advocates in several states pushed measures over the last few years that they hoped would lessen […]

WASHINGTON—The massive economic policy package Democrats are trying to muscle through Congress could open the door to free community college for undocumented immigrants. But that lifeline for many people now denied access to higher education could also reignite controversies in Republican-leaning states over immigration and federal overreach. The provision on immigrants was included in a plan drafted […]

WASHINGTON—Prison inmates around the U.S. are getting the chance to do something that was almost unheard of a generation ago: pursue a college degree while behind bars and with financial support from the federal government. Inmates in 42 states and Washington, D.C., can now get federal grants to work with colleges and universities to earn […]

WASHINGTON—Congress could soon have a chance to restore tax breaks that would especially benefit New Jersey residents, among other states, and the state’s congressional delegation is making sure that everyone on Capitol Hill knows how important the issue is to people in their districts. The push is to reinstate a federal tax deduction that disproportionately […]

Professors say the Republican crusade to root out “critical race theory” is taking a toll on college campuses around the nation—places where academic freedom is supposed to encourage thought, discussion and analysis. Much of the “critical race theory” uproar to date has centered on teaching in K-12 schools. But several high-profile incidents, combined with new […]

WASHINGTON—Teachers from Tennessee to Iowa to Florida are swept up in a wave of outrage led by GOP politicians nationwide over how schools teach kids about race in U.S. history. Conservatives have pilloried much instruction about systemic racism as “critical race theory,” even when that academic term in some cases has never been mentioned. A […]

Attempts to ban teaching on ‘critical race theory’ multiply across the U.S.

WASHINGTON —From statehouses to Congress, Republicans have launched into a fight against the teaching of “critical race theory,” which just a year ago was a niche academic term. Experts in critical race theory say it’s about acknowledging how racial disparities are embedded in U.S history and society, and the concept is being mischaracterized by conservatives. […]

WASHINGTON—Senators who could decide the fate of President Joe Biden’s push for a major new infrastructure package seemed open to his priorities at a hearing Wednesday, particularly Biden’s emphasis on replacing vehicles that run on gas and diesel with ones that use electric power. But when it came to the question of who should oversee […]

Billions of dollars for Medicaid expansion dangled in front of holdout states, including FL

WASHINGTON—U.S. House Democrats are trying again to entice a dozen holdout states—many of them in the South—to expand Medicaid coverage with the prospect of billions of dollars in federal cash. The new offer, included in a massive $1.9 trillion COVID-19 relief package that House Democrats are pushing through committees this week, could help provide health […]

Pete Buttigieg offered an unapologetic defense of President Joe Biden’s vision for improved transportation and greenhouse gas reductions during a Senate hearing to consider Buttigieg’s nomination for U.S. transportation secretary on Thursday. “We need to build our economy back, better than ever, and the Department of Transportation can play a central role in this,” Buttigieg […]

Education Secretary Betsy DeVos heads for the exits, leaving a legacy of turmoil

WASHINGTON—In four years in office, U.S. Education Secretary Betsy DeVos failed to broaden her appeal beyond the moment she won a wild Senate confirmation fight by the closest of margins. She didn’t even try. Instead, the billionaire Michigan native and Republican megadonor championed private and charter schools, often trying to funnel federal funding toward them. […]

Why D.C. lawmakers are voting remotely during the pandemic

WASHINGTON —U.S. House Republicans have a new line of attack against some Democrats — they charge they are failing to show up for work. The criticism refers to 2020’s practice of proxy voting in the House, which enables lawmakers of either party to cast votes even when they are not at the Capitol. The emergency […]