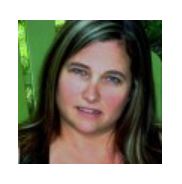 Deena Winter is a reporter for the Minnesota Reformer, an affiliate of the nonprofit States Newsroom network. Winter has covered local and state government in four states over the past three decades, with stints at the Bismarck Tribune in North Dakota, as a correspondent for the Denver Post, city hall reporter in Lincoln, Nebraska, and regional editor for Southwest News in the western Minneapolis suburbs. Before joining the staff of the Reformer in 2021 she was a contributor to the Wall Street Journal and the New York Times.

The city of Minneapolis will pay $645,000 to a man who was beaten and tased for two minutes as he and his friend Jaleel Stallings tried to surrender to police. The settlement is the latest in a string of expensive settlements with people who say they were the victims of police misconduct in the days […]

The Minnesota Republican Party plans to vet volunteers, charge campaigns for volunteers and bar people who “publicly attack” the party or its endorsed candidates from attending its state convention next month in Rochester. The requirements would seem to anticipate a chaotic scene, as the ongoing struggle between mainstream and more radical factions of the party […]

Another batch of body camera videos released Tuesday show how Minneapolis police officers became increasingly militaristic in their attempt to clamp down on protesters five days after George Floyd was killed. They mocked some demonstrators and sought out others who were breaking curfew and fired rubber bullets at them. They made racially tinged remarks, derided […]

Quietly, gradually, George Floyd Square is open to traffic for the first time since his murder

On the morning of June 3, there were about as many journalists in George Floyd Square as city workers who were trying to reopen the four-block area to traffic, over the objections of some protesters and residents. The neighborhood had evolved into an “autonomous zone,” an expansive memorial and no-go zone for police after Floyd […]

The jury has spoken, and found Derek Chauvin guilty in the death of George Floyd.  The former Minneapolis police officer knelt on Floyd, who was handcuffed and face down on the pavement, for more than 9 minutes at 38th Street and Chicago Avenue last May. The incident was filmed by a teenager and set off a national racial reckoning after […]

Chauvin case: Now it’s up to the jury

Both sides gave their final arguments to the jury Monday in the murder trial of Derek Chauvin, with the prosecution imploring jurors to believe what they saw on videos — three police officers holding George Floyd down for nine minutes and 29 seconds, killing him. The defense tried to raise doubts about the cause of […]

Hennepin County’s chief medical examiner told the jury he stood by his initial conclusion that George Floyd died when his heart and lungs stopped after Derek Chauvin and other Minneapolis police officers subdued and restrained him, compressing his neck. Dr. Andrew Baker, chief medical examiner since 2004, is a key witness in the murder and […]

Breathing expert testifies in Chauvin trial: “That’s the moment the life goes out of his body”

A diminutive Irish doctor captured the attention of the jury deciding Derek Chauvin’s fate, explaining in simple terms Thursday how he believes three Minneapolis police officers killed George Floyd when they handcuffed and put him face down on the street and restrained him for more than nine minutes. Dr. Martin Tobin, a pulmonary and critical […]