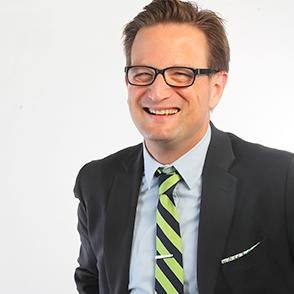 A 3-decade veteran of the news business, John L. Micek is the Pennsylvania Capital-Star's Editor-in-Chief. An award-winning political reporter, Micek’s career has taken him from small town meetings and Chicago City Hall to Congress and the Pennsylvania Capitol. His weekly column on U.S. politics is syndicated to 800 newspapers nationwide by Cagle Syndicate. He also contributes commentary and analysis to broadcast outlets in the U.S., Canada and the U.K. Micek’s first novel, “Ordinary Angels,” was released in 2019 by Sunbury Press.

Elections officials in Pennsylvania can count absentee ballots that are received as late as the Friday after Election Day, as long as they’re postmarked by Nov. 3, the U.S. Supreme Court said Monday. According to NPR, the nation’s highest court declined without comment a challenge filed by legislative Republicans, who sought to override last month’s […]

Trump is ancient history. Kamala Harris is America as it is now | John L. Micek

If there is a more authentically American story than the one of U.S. Sen. Kamala Harris, you’d have to make it up. This week, the California Democrat, the daughter of Jamaican and Indian immigrants, became the first Black woman in American history to be named to a presidential ticket. And across the United States on […]

Latest ‘scandal’ a reminder of the Obama we know and the one in Trump’s head | John L. Micek

We’ve known for a long time that former President Barack Obama lives rent-free inside Donald Trump’s brain. From trying to tear down the Affordable Care Act to his bizarre and baseless accusation that the prior administration didn’t leave him the testing apparatus or counsel to prepare for the current COVID-19 pandemic, there’s no problem too […]

In the wooded silence, a time to rethink: How can we shift our politics away from us vs. them; red vs. blue?

SOMEWHERE ON THE APPALACHIAN TRAIL — We’d been climbing steadily uphill for 25 minutes, a deceptively arduous mile, with the sweat pooling in the small of my back and my breath coming deep and even against the climb, as I planted one foot ahead of the other on the rocky trail. My daughter was behind […]

Policy wins are great. But Election 2020 is an existential fight for the nation’s soul. This is why

You’ve probably never heard of Erica Newland. And if she had her druthers, it’s a safe bet that she would have preferred it stayed that way. But Newland, a former attorney in the U.S. Department of Justice’s Office of Legal Counsel, found herself a front-line warrior in the battle to protect the Constitution from the […]

U.S. Sen. Susan Collins was absolutely right about this much: President Donald Trump has learned his lesson. And he’s learned it by heart. Thanks to the Senate’s cowardly abdication of its responsibilities two weeks ago, the Republican president now feels absolutely emboldened to trample on what few constitutional norms remain standing in Washington D.C. In the barely […]

After witness vote, a Senate only Caligula could love

The next time someone tells you that the U.S. Senate is the world’s greatest deliberative body, your answer should be no longer than two words: Marco Rubio. Here’s what the Republican senator from Florida, and one-time Leader of the Free World aspirant, had to say about the impeachment trial that will likely wrap up this week with […]

It didn’t take long for “World War III” to become a trending topic on Twitter in the hours after news broke that a drone strike by U.S. forces resulted in the death of a top Iranian military commander. Almost simultaneously, Twitterati who’d never heard of the now-late Qasem Soleimani until cable news and social media blared his […]

Ukraine debacle makes it clear: Trump’s only in it for himself

The explosive release of a federal whistleblower complaint alleging that President Donald Trump abused the power of his office, and that “unidentified White House officials” then attempted to cover it up, sent shockwaves through official Washington on Thursday. And while the underlying details of the complaint were eye-opening and alarming, its fundamental premise was not. […]