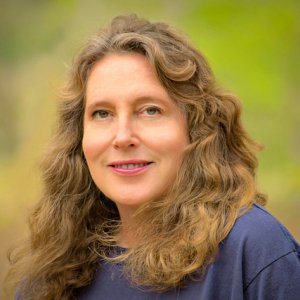 Julie Hauserman has been writing about Florida for more than 30 years. She is a former Capitol bureau reporter for the St. Petersburg (Tampa Bay) Times, and reported for The Stuart News and the Tallahassee Democrat. She was a national commentator for National Public Radio’s Weekend Edition Sunday and The Splendid Table . She has won many awards, including two nominations for the Pulitzer Prize. Her work is featured in several Florida anthologies, including The Wild Heart of Florida , The Book of the Everglades , and Between Two Rivers . Her new book is Drawn to The Deep, a University Press of Florida biography of Florida cave diver and National Geographic explorer Wes Skiles.

Some news at the Florida Phoenix

In today’s shaky media business climate, it’s a small miracle to get the chance to create a nonprofit news bureau in the nation’s third-largest state, and to offer quality reporting that’s free of advertising and free to readers. I am so grateful I was able to do it. I am moving on to do environmental […]

Let me introduce you to a very good lobbyist

Usually when you hear about lobbyists, it’s about how they provide prodigious quantities of campaign cash. Or because they’ve slipped “a little noticed provision into a bill during the frenetic last days of the legislative session.” The lobbyists you don’t hear much about are the ones who work on behalf of people who have little […]

As is customary when a hurricane approaches Florida, Gov. Ron DeSantis has issued a state of emergency ahead of the storm. The National Weather Service said Wednesday afternoon that Hurricane Dorian could hit Florida’s east coast late Sunday or Monday morning. The state of emergency covers 26 counties in the current predicted storm track –  […]

Governor Ron DeSantis on Wednesday announced three men selected to be in the Florida Civil Rights Hall of Fame. According to the governor’s office, they are: Daniel Webster Perkins Perkins, of Jacksonville, is a graduate of North Carolina State College, Temple University and Shaw University School of Law. He was one of Florida’s first African […]

The new executive director of the Republican Party of Florida is Peter O’Rourke, the website Florida Politics reports. O’Rourke, a former Trump campaign official,  was forced out of his job in the Trump administration in 2018 for earning a $160,000 salary and not producing work, the Washington Post reported. Trump named O’Rourke as Acting Secretary […]

UPDATE: There’s confusion over the state’s plans on whether Florida might hold a black bear hunt this year. Florida Fish and Wildlife Conservation Commission spokeswoman Susan Neel told the Phoenix Monday that “There is not going to be a hunt this year,”  but then walked that statement back two hours later. “As directed by our […]

An environmental group has filed suit against the Trump administration, saying federal authorities are failing to protect 12 coral species around Florida and islands in the Pacific Ocean. The corals have been on the federal endangered species list since 2014. In its lawsuit against National Marine Fisheries Service, the Center for Biological Diversity says federal […]

A video of an endangered Florida panther trying to get up and follow two others is heartbreaking  – the panther’s back legs simply buckle out from underneath the cat. The Florida Fish and Wildlife Conservation Commission (FWC) suspects neurological damage, and researchers have confirmed it in one panther and one  bobcat. Trail cameras – which […]

Trump has 2,300-plus conflicts of interest so far, legal watchdog group says

Donald Trump has surpassed 2,300 conflicts of interest since he took office in the intersection of his public role and private businesses,, a Washington, D.C.-based legal watchdog group says in a report released today. “President Trump has used the presidency to provide free publicity for his properties, which he still profits from as president,” Citizens […]

The Trump administration is recommending that one of Florida’s most iconic wild creatures – the diminutive Key deer which roam in the state’s southern-most islands – lose protection under the Endangered Species Act. The deer – which number 1,000 or less – occur nowhere else on Earth. They have been listed as endangered since 1967. […]

Your Florida news landscape might be about to change – a lot

UPDATE: GateHouse purchased Gannett on Monday, shortly after this column was published. Florida’s journalism picture may be about to change dramatically. A merger between America’s two biggest newspaper companies – GateHouse and Gannett – could be announced soon. If it happens, the majority of newspapers in the state will be owned by a single company. […]