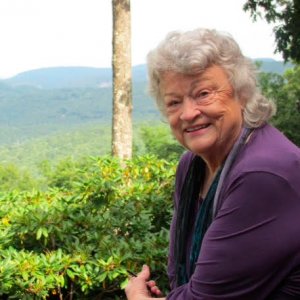 Watching the nation’s political figures react to Dr. Martin Luther King Jr.’s birthday this week reminds me of the day I met King and the many messages of that day. It happened in the summer of 1966, when I was just a year into a career as a reporter.  I happened to be visiting relatives in […]

His name appears in two of Florida’s most notable court decisions protecting the rights of prison inmates. But Louie Wainwright dedicated much of his life to running Florida prisons. His death at 98 on Dec. 23 in Tallahassee was announced recently by officials at the Department of Corrections. Wainwright was the head of the department […]

Nothing shy about her. Carrie Meek,  the legendary Florida office holder who died Sunday at 95 in her Miami home after a long illness, was a joy to be around. And she never met a stranger. She spoke with the soft voice of a young girl, but you would make a mistake if you tried […]

The demise of a notable law firm in Florida’s capital: The end of an era and a sad time

Tallahassee is a town that will always be full of lawyers. The presence of state government offices and the Florida Legislature requires a lot of watching from good legal minds. But there is not likely to ever be another law firm that will replace the notable firm started more than 40 years ago by former […]

Editor’s note: This is the second of a two-part story about sexual harassment and misconduct allegations between a professor and female students and faculty during a period of more than 30 years at Florida State University. The professor resigned last year. TALLAHASSEE — Florida State University has launched a university-wide effort to address handling of sexual harassment […]

Editor’s note: This is the first of a two-part story about sexual harassment and misconduct allegations between a professor and female students and faculty during a period of more than 30 years at Florida State University. The professor resigned last year. TALLAHASSEE — It was supposed to be a happy day. Claire Connolly had earned a master’s […]

Come rain, shine, sleet or snow, you could trust the U.S. Postal Service, but no more

TALLAHASSEE – For more than 30 years we have forwarded some of our mail between Florida and the North Carolina mountains during the summers. We travel between the two places and try to keep up with bills, birthday cards, packages and letters from friends. It used to be simple. We filled out a form at […]

A deluge of desperate ‘Team Trump’ emails: ‘There is no end to them’

Former President Donald J. Trump must be getting desperate. Over the past few weeks he has deluged me with emails begging for money and trying to sell me various sorts of stuff that I would mostly describe as “junk.’’ He is clearly deranged. “Lucy, President Trump knows you have been here for him since day […]

U.S. Rep. Al Lawson, a Democrat from Tallahassee, has introduced a bill in Congress to name the U.S. courthouse in the capital city after former Florida Supreme Court Justice Joseph Hatchett, a pioneer in Florida’s battle for civil rights. The courthouse at 111 Adams Street would be designated as the Joseph Woodrow Hatchett United States […]

The life and death of famed defense attorney F. Lee Bailey, with some FL anecdotes

It was pretty clear that famed attorney F. Lee Bailey was on his way down when he leaned over a federal courtroom bench in Ocala and asked me for a ride back to the Hilton Hotel. It was the first time the defendant in any trial asked me for a ride during a lifetime of […]

The path back to sanity is not so clear: Hate, venom and a former president who seems to think he’s still president

There is way too much hate and way too much misinformation spreading across our political landscape these days. I’ve watched and written about politics for more than 55 years and never seen anything that approaches this mess. At the top of the dreadful heap is a former president who seems to think he is still […]

Ralph Turlington, former commissioner of education and force in FL politics, dies at 100

Ralph D. Turlington, former speaker of the Florida House and Education Commissioner, died Friday at the age of 100. Turlington was a towering figure in Florida politics for much of his life. Born in Gainesville, he graduated from the University of Florida in 1942 after serving as business manager of the Florida Alligator and joining […]