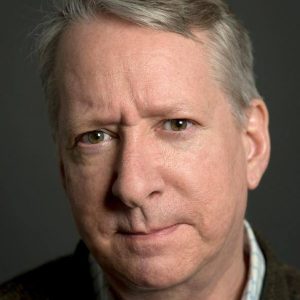 Here’s a look at who Gov. Ron DeSantis met with in NYC

UPDATE: Gov. DeSantis traveled to New York aboard an aircraft belonging to NetJets – a company that lets members buy leases or individual shares in executive jets, communications chief Helen Aguirre Ferré said Wednesday. We now know who Gov. Ron DeSantis conferred with while on a trip to New York City Monday – representatives from […]

State agents may have known of 2016 elections breaches in FL

Russian hackers breached elections computers in two – not one, as previously reported – Florida counties before the 2016 elections. And, apparently, Florida Department of Law Enforcement agents knew it but didn’t inform superiors, Gov. Ron DeSantis said Tuesday. “There was no manipulation or anything” of the actual election, but the hackers did access voter […]

Gov. DeSantis is in New York City today – and, no, we don’t know why

Gov. Ron DeSantis devoted Monday to business meetings in New York City, but we don’t know with whom he met, what they talked about, or how he got there. The Florida Phoenix asked his press office for those details, but aides hadn’t released that information as of this writing. The governor’s daily schedule, released at […]

Gov. Ron DeSantis has issued his first legislative veto, and it targets a bill that would have forbidden local governments from banning single-use plastic straws. In his veto message Friday, the governor noted that numerous cities have enacted such bans. “These measures have not, as far as I can tell, frustrated any state policy or harmed […]

Floridians still don’t know who is paying and who, exactly, is going on a 75-person trip to Israel with Gov. Ron DeSantis and the Cabinet, but the governor’s office released a bare-bones agenda Wednesday that’s full of business meetings and receptions – including the regular monthly Florida Cabinet meeting in Jerusalem. The agenda says the […]

One lawmaker says she will pay her own way for Israel trip with Gov. DeSantis and Cabinet

Gov. Ron DeSantis still has not released details of his planned May 25 trip to Israel with what he says will be 75 people, including Florida Cabinet members, but one legislator says she is paying her own way. Democratic state Sen. Lauren Book of Broward County “is paying for everything personally” including air fare to […]

A longtime watchdog group is warning that legislation soon heading to Gov. Ron DeSantis’ desk would gut enforcement of Florida’s 1985 Growth Management Act, a landmark law intended to make sure local governments properly plan for development’s impacts. HB 7103, approved in the closing days of the 2019 legislative session, would ban local governments from […]

With a Republican majority in the Legislature, Gov. Ron DeSantis pulled the 2019 regular session sharply to the right, keeping his party in line behind a red-meat conservative agenda that included a hard-line new immigration law and measures favoring big business. “They seemingly gave him everything he asked for,” said House Democratic state Rep. Evan […]

Three members of the Legislature likely will accompany Gov. Ron DeSantis and the Cabinet on a trip to Israel later this month – Republican state Rep. Randy Fine, Democratic Rep. Joseph Geller, and Democratic Sen. Lauren Book. Some 75 people are expected to go on the trip, DeSantis said last week. The Phoenix filed a […]

A Tallahassee preacher anointed Gov. Ron DeSantis as “the most pro-Israel governor in the United States” during observances at the state Capitol Thursday of the National Day of Prayer. Pam Olsen, co-founder of Tallahassee’s Hilltop House of Prayer, led a prayer for the DeSantis family in which she remarked on the fact that the governor […]