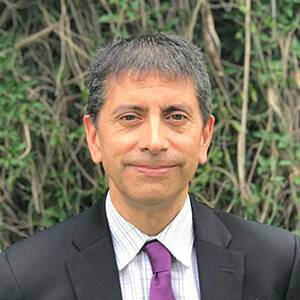 Mitch Perry has spent the past 18 years covering news and politics in the Sunshine State, most recently with FloridaPolitics.com. He worked for five years as the political editor of Creative Loafing in Tampa, and before that he was the assistant news director at WMNF radio, where he served as creator/anchor/producer of the hour-long WMNF Evening News. A San Francisco native, Mitch began his career at KPFA Radio in Berkeley in the 1990's.

The Florida Department of Environmental Protection (DEP) announced this week that it will use most of the $166 million it received in Volkswagen settlement money to replace diesel buses and shuttle vans with electric models. It’s part of what Gov. Ron DeSantis is calling the “beneficiary mitigation plan” intended to improve the state’s air quality. […]

Dept. of Corrections proposal to reduce daily work shifts of officers has one problem – most of them oppose it

Republican Party of Florida Chairman Joe Gruters hosted an anti-impeachment rally outside Orlando area Democratic Rep. Stephanie Murphy’s office on Thursday – part of a national GOP effort to put Democrats in competitive districts on the spot. “Stop the madness! Time for Rep. Stephanie Murphy to go to work on behalf of her district instead […]

The campaign to raise Florida’s minimum wage to $15 an hour has received an injection of campaign cash and grassroots support with the news that the Southern Poverty Law Center (SPLC) Action Fund is contributing $250,000 to the effort. “I’m proud to welcome SPLC Action Fund to this important fight,” John Morgan, the chairman for […]

Planned Parenthood Votes, the political and advocacy arm of Planned Parenthood, on Wednesday announced its largest electoral effort to date, with a goal of spending at least $45 million in nine battleground states in advance of the 2020 session, including Florida. “We have an ambitious goal to reach more than half a million people in […]

A federal judge has struck down Tampa’s ban on so-called conversion therapy – a move that could imperil similar ordinances around Florida. In his ruling, U.S. District Judge William Jung concluded it’s the state’s responsibility, not the city of Tampa’s, to regulate health care. The Tampa ordinance was challenged by the Liberty Counsel, a Christian […]

U.S. District Judge Robert Hinkle hasn’t clearly signaled how he will rule on a challenge to the Florida Legislature’s law implementing the state’s felon voting restoration law, but he’s made one thing crystal clear: The system is a “mess.” At stake as a two-day hearing wound down Tuesday morning was whether hundreds of thousands of […]

With impeachment talk thick in the air in Washington, serious discussions about implementing any type of gun safety legislation seems dead in the water. Perhaps that’s why two gun-control groups plan to spend nearly $200,000 in a digital advertising push during the October congressional recess aimed at Republicans in swing-states. Among the 15 Republican senators […]

Trial opened Monday in federal court in Tallahassee in a lawsuit challenging the Florida Legislature’s decision to restrict restoration of voting rights under Amendment 4 only to felons who have paid any outstanding costs, fines, fees, or restitution. A coalition of civil- and voting-rights groups argued that the implementing bill the Legislature approved and Gov. […]

Panhandle Congressman Matt Gaetz wants Florida Democrats to drop their impeachment inquiry against President Trump – and plans to appear at one particular lawmaker’s home district next week to tell him so. Gaetz, one of the president’s most vociferous backers on cable news, will appear at a press conference on Monday in front of St. […]

Seven states have banned solitary confinement for juveniles in state prison systems, and a North Florida Democrat would like the Sunshine State to become the eighth. State Sen. Bill Montford this week reintroduced a proposal that says prisoners younger than 19 may be held in solitary confinement only in an emergency or if they need to be […]

A group organized around putting a constitutional amendment on Florida’s 2020 ballot that would legalize recreational marijuana for adults is off to an impressive start. After just 20 days of collecting ballot signatures, officials with the political committee Make it Legal Florida say they have gathered more than 100,000 petition signatures from Florida voters. They […]