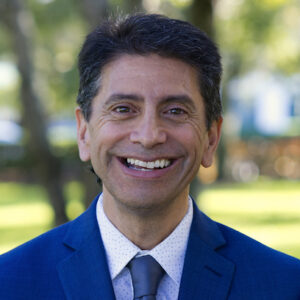 Mitch Perry has covered politics and government in Florida for more than two decades. Most recently he is the former politics reporter for Bay News 9. He has also worked at Florida Politics, Creative Loafing and WMNF Radio in Tampa. He was also part of the original staff when the Florida Phoenix was created in 2018.

With concerns about Russian hacking in Florida at an all-time high, news organizations published numerous stories earlier this month about an 11-year-old allegedly breaking into a replica of Florida’s state election system and changing the results at a hacking conference in Las Vegas. “11-year-old hacks replica of Florida state election website, changes election results,” read […]

With Tuesday night’s victory by Tallahassee mayor Andrew Gillum in the headlines – and changing the landscape of politics in the state – the Florida Phoenix today offers an expansive picture of how Gillum could re-shape Florida’s state policies and how those ideas could affect every Floridian. The Phoenix got an inside view of Gillum’s […]

The first major survey of the upcoming gubernatorial race in Florida shows Democrat Andrew Gillum leading Republican Ron DeSantis by five points, 48 percent to 43 percent, with nine percent not sure. The poll comes on the heels of Gillum’s primary victory – which no pollster predicted. The survey by Public Policy Polling of 743 […]

Although the media focus will be on Andrew Gillum and Ron DeSantis in the race to become Florida’s next governor, 11 other gubernatorial candidates are also on the ballot in November, including the Reform Party’’s Darcy Richardson. Richardson announced on Thursday that his running mate will be former state legislator Nancy Argenziano, who served in […]

(UPDATE) The fierce showdown between Ron DeSantis and Andrew Gillum for governor has begun, with a handful of current and former Democratic members from Congress blasting DeSantis in a conference call early Wednesday as a conservative Republican more focused on ideology that governing – and also suggested he used a “racist dog whistle” against his […]

The Florida Supreme Court voted 4-3 on Wednesday to hear an appeal by Miami Beach about whether the city can raise its minimum wage to $13.31 by 2021. The Miami Beach City Commission unanimously passed an ordinance in June of 2016 setting a new city-wide minimum wage at $10.31 – to go into effect on […]

Andrew Gillum, the upstart progressive Tallahassee mayor, became the Florida Democratic Party’s nominee for governor Tuesday night, defeating Gwen Graham, the scion of a storied Florida political family. “We can be the David in this situation where there is a Goliath,” Gillum told supporters as he accepted the nomination at a victory party in Tallahassee, […]

DeSantis is Republican nominee for governor

With the political backing of President Trump, Florida congressman Ron DeSantis of Jacksonville won the Republican nomination for governor over longtime Florida politician Adam Putnam. DeSantis, a Navy veteran and frequent FOX News guest, was able to mobilize the far-right wing of the Florida GOP. Trump initially tipped his hand for DeSantis in a tweet […]

According to a new study that looks at how many American teenagers are serving time in in adult jails, a full 60 percent of the youths serving life without parole sentences for a non-homicidal crime are from Florida. That’s the most of any state in the union, according to a report from the UCLA School […]

In what has been Florida’s most competitive Democratic gubernatorial primary election since the early 2000s, polls show that former U.S. Rep. Gwen Graham is the front-runner in the five-person contest that ends tonight. That’s despite what appears to be an intense surge of support in the polls in the past week for Tallahassee Mayor Andrew […]

Is the Florida Republican Party officially the party of Trump? Tonight should decide that question

It was the end of one of the sleepiest weeks of the entire political year in Florida when the trajectory of the 2018 Republican race for governor changed. On Friday afternoon, July 6, polling company Remington Research Group released a poll showing that North Florida U.S. Rep Ron DeSantis led Florida Agriculture Commissioner Adam Putnam by […]