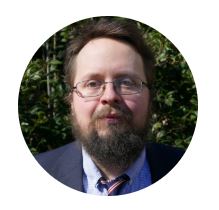 Before joining the Georgia Recorder, Ross Williams covered local and state government for the Marietta Daily Journal. Williams' reporting took him from City Hall to homeless camps, from the offices of business executives to the living rooms of grieving parents. A native of Cobb County, Williams holds a bachelor’s degree in English from Atlanta's Oglethorpe University and a master’s in journalism from Northwestern University. The Florida Phoenix is a sister media outlet to the Georgia Recorder. Both outlets are part of the nonprofit States Newsroom.

Yes, expecting parents in Georgia can now claim their embryo as a dependent

Even with a wave of new state-level abortion restrictions passing or taking effect this summer, Georgia’s law stood out because of its so-called personhood provisions that accompanied the better known six-week ban on the procedure. One particular change that drew national attention was a new tax break for expecting parents. The state Department of Revenue […]

The U.S. Supreme Court may have cleared the way for Georgia’s ban on most abortions after about six weeks, but the debate over the state law’s far-reaching “personhood” provisions remains unsettled. The state’s anti-abortion law was ruled unconstitutional by a federal court judge in 2020, and the state’s appeal of that decision was paused last year while the Supreme […]

Tuesday night was a disappointment for most of former President Donald Trump’s endorsed Republican candidates in Georgia’s statewide races. Herschel Walker, a former UGA football star and Trump surrogate in Georgia, ran away with a primary win and is set for general election fight against Democratic Sen. Raphael Warnock. But Gov. Brian Kemp, the former […]

Congresswoman Marjorie Taylor Greene is eligible to appear on the ballot for re-election after a judge determined she did not participate or plan the Jan. 6 riot at the U.S. Capitol. Secretary of State Brad Raffensperger signed off on the judge’s opinion late Friday, making the ruling official. A group of voters pointed to video […]

The Georgia High School Association has changed its rules for determining the gender of a student athlete in a move that will prevent transgender students from playing on teams that match their gender identities. The association, which oversees sports in 465 public and private schools across the state, approved the change with a unanimous vote […]

Congresswoman Marjorie Taylor Greene took the stand Friday in an at-times raucous court hearing that incorporated a history lesson on the Whiskey rebellion and a stirring speech from a president fighting off an extraterrestrial invasion. Greene was in the hot seat because a group of voters say she should not be allowed to run for […]

Former President Donald Trump has opened up his wallet – or at least his political action committee – in the hopes of thwarting Gov. Brian Kemp’s bid for a second term. Trump’s Save America PAC has donated $500,000 to Get Georgia Right, a Virginia-based anti-Kemp super PAC. As Politico first reported, the check is Trump’s first big […]

Republicans used a last-minute legislative maneuver to slip language that could lead to banning transgender athletes from playing on girls’ sports teams in public schools into a bill targeting so-called divisive concepts in classrooms. “It was laid on our desks probably 15 minutes or so before we voted on it,” said Brookhaven Democratic Rep. Matthew Wilson. “I […]

So-called college free-speech zones could soon be nothing but a memory in Georgia after the Senate passed a bill Monday designed to expand free speech areas at Georgia’s public schools campus-wide. “House Bill 1 will protect and clarify the First Amendment rights our students should enjoy on our public colleges and universities,” said Sen. Bruce […]

Georgia’s more than 740,000 public elementary school students could be spending more time climbing on jungle gyms and racing down slides thanks to a bill passed by the state Senate Friday. House Bill 1283 requires schools to schedule 30 minutes of recess per day for children in kindergarten through 5th grade. The bill’s sponsor, Stockbridge Democratic […]

Wednesday marked a somber anniversary for Georgians, especially those with Asian American ancestry. On March 16, 2021, a gunman attacked three Asian American spas in Atlanta and Cherokee County, killing eight people and injuring another. Six of the people killed were Asian American women. The nation mourned along with Georgia as the tragedy came amid a spike in anti-Asian […]

The Georgia Senate passed a bill along party lines Friday that would prevent teachers from discussing so-called divisive concepts about race in the United States. The bill, which passed 32-20, now heads to the House, which passed a similar bill last week. That House bill will be up for Senate consideration. If either one becomes law, nine […]