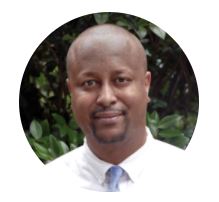 Stanley Dunlap is a reporter at the Georgia Recorder, part of the nonprofit States Newsroom that includes the Florida Phoenix. Dunlap has covered government and politics for news outlets in Georgia and Tennessee for the past decade. He is a graduate of the University of Memphis.

Soon after a federal jury returned guilty verdicts Tuesday in the hate crimes trial of three white men who killed Ahmaud Arbery, his mother vented against the federal prosecutors who offered a plea deal as much as she expressed relief about the trial’s outcome. Arbery’s mother, Wanda Cooper-Jones, thanked supporters around Brunswick and across the […]

This is a developing story, please return for updates later today. A federal jury in Glynn County Tuesday found three white men guilty of race-based hate crimes in the 2020 murder of Ahmaud Arbery after chasing him and gunning him down in a Brunswick-area neighborhood. The hate crimes verdicts against father and son Greg and […]

Fulton County District Attorney Fani Willis is asking a special grand jury to hear evidence of former President Donald Trump’s attempts to overturn the 2020 Georgia election election results. Willis’ request is for Fulton County superior court judges to allow the panel to be put in place on May 2 to determine if the former […]

Local officials are celebrating after receiving the long-awaited word that the Federal Aviation Administration has granted a license to run a spaceport on the Georgia coast. With the operator’s permit, Spaceport Camden is one of more than a dozen licensed spaceports in the country. The rocket launching plan has now passed its most significant hurdle […]

Criminal law experts predict that when the three men convicted in Georgia state court over Ahmaud Arbery’s shooting death stand trial in February on federal hate crime charges, the way prosecutors attempt to add new convictions is sure to focus more on racism as a motivation than last month’s trial. Gregory and Travis McMichael, along […]

The lead prosecutor in Monday’s closing arguments accused the three white defendants of chasing Ahmaud Arbery because he was Black, a decision that led to his shooting death on a Brunswick-area street Sunday afternoon in 2020. The Glynn County murder trial is set to resume Tuesday with the state’s prosecutors expected to present a two-hour […]

The lead prosecutor in Travis McMichael’s murder trial hammered him Thursday for contradictions and failing to take steps to avoid the deadly confrontation that ended with him shooting Ahmaud Arbery on a suburban Brunswick street in February 2020. Cobb County Assistant District Attorney Linda Dunikoski pointed out multiple inconsistencies between the statement Travis McMichael gave […]

After Rev. Al Sharpton sat next to Ahmaud Arbery’s family in a Glynn County courtroom Wednesday, a defense attorney representing one of the three white men on trial for Arbery’s killing raised questions about prominent Black pastors showing up. The judge rejected defense attorney Kevin Gough’s request to limit how many nationally recognized Black pastors […]

The fourth week of the trial of three white men accused of murdering 25-year-old Ahmaud Arbery is set to resume this week with testimony from a lengthy witness list that includes police officers, Georgia Bureau of Investigation (GBI)  investigators, neighbors of the defendants and others set to testify. Attorneys still aim to finish presenting their […]

BRUNSWICK —The selection of jurors for the trial of three men accused of killing Ahmaud Arbery will present a puzzle for at least a third week, as the prosecutor and defense screen jurors very familiar with a viral video of his killing and often carry small-town personal connections and biases. At the end of the eighth day […]

Ten Fulton County, Ga., voters looking to prove the baseless claims that widespread fraud factored in President Joe Biden’s Nov. 3 general election victory are banking on their review of public records to provide ammunition in their quest for an in-depth inspection of absentee ballots. But even with their revelation this week that they’ve identified […]